Indeed, an enterprise application that delivers on success metrics in the enterprise computational environment becomes the de facto competitive edge and a transformational asset for the company, as opposed to being just any other tool in the shed.
Some of the deliverables that high-quality enterprise applications provide include empowering personnel, easing tasks, increasing work productivity, enhancing and optimizing efficiency and effectiveness, enabling information-sharing, building connections with customers and other stakeholders, maximizing profitability, and leveraging big data and analytics to offer real-time insights.

The .NET ecosystem is comprised of three high-level components:

.NET Framework is distributed with Windows and its applications. The Framework is monolithic, which means that you can’t use it without installing all its base.

This structure has proved to be a disadvantage in Cloud environments due to diminished performance.

Today, you can still use .NET Framework to:

.NET core is the new generation and future of .NET technologies. It is typically used to build cloud applications and in refactoring enterprise applications into microservices. .NET Core has the following main features:

Light and Modular: Install only what you need. (It’s not monolithic like .NET Framework)

Has a significant open source and GitHub community

What types of applications can .NET be used to create?

Other types of applications

When to use .NET Framework?

When .NET Framework is already in use

When the .NET solution needs to run on Windows and not on another OS. This is because .NET Framework only runs on the Windows platform (Windows Desktop, Windows Server, Windows Mobile, Microsoft Azure, and XML Web services).

When the required solution/.NET app is not compatible with .NET Core.
When to use .NET Core?

A multiplatform application used across different OS is required

UWP or Windows 10 applications are needed

A microservice-based application is required

A server application needs to be deployed to Docker containers

Several versions of .NET need to be used together in the same project

Ready to make a decision?

3rd party .NET customization
Tizbi’s focus is to deliver .NET development services that have tangible value to our clients. Our services are as follows:

Product enhancement based on .NET technologies

.Net maintenance and support (including patching, bug fixing, and testing)

Tizbi® should be your solution

Tizbi® is a leading custom software development company with over 20 years of development experience, and whose passion for building smart, well-designed .NET solutions makes us the best partner for enterprises, mid-sized businesses, and advanced startups.

One of our grounding principles is to ensure that the clients that we work with profit from our interaction and/or integration. With .NET, our clients are able to solve problems, make a profit, achieve success and thrive in competitive environments.

Are you ready to make the right choice in favor of .NET technology?
Get a Free Quote 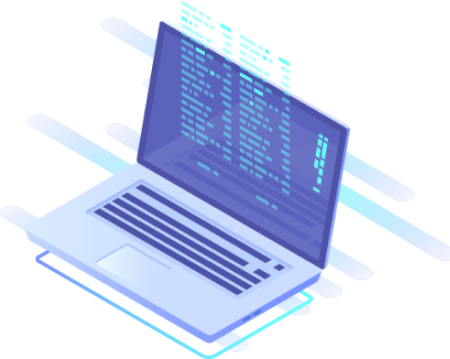 The Process is a college football recruiting and evaluation service.

The Print to ShareFile feature allows you to use the standard "Print" command in almost any application to create a PDF and save it directly to ShareFile.
View more